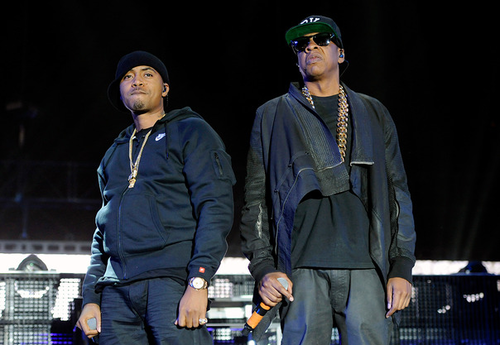 To celebrate the 20th anniversary of his classic album, Illmatic, Nas performed the album in it's entirety to kick off his memorable set at Coachella Saturday night. Dressed in all black, Nas took the stage delivering classic lyrics from the 1994 album with the crowd following along with every word.

As a special surprise for the fans, Nas took his performance to the next level, bringing out Jay Z for a mind-blowing performance of "Dead Presidents" and "Where I'm From," sending the crowd into a frenzy.

Continuing to awe the audience, Nas performed other hits from his catalogue, including "Made You Look," "One Mic," and "Hate Me Now," in which he surprised the crowd again, this time bringing out Diddy to share the stage for the epic performance.